S-band Ground Station with both uplink and downlink was commissioned at PES University during May 2014. The station co-ordinates are 120N and 780E. The station has a motor driven dish antenna mounted on the roof top and has its control room on the 8th floor.

It has a parabolic dish with a diameter of 3.7m, and a feed with two orthogonal states of linear polarization and associated systems The ground station is capable of performing transmit and receive operations in the standard TT&C S-band and control the spacecraft. The antenna is configured to provide linear polarization for transmitting (uplink) and receiving (Down link). Program tracking capability facilitates the antenna to track Low Earth Orbiting (LEO) satellites.

A tracking receiver provides Doppler output to support orbit estimation. The ground station with G/T of the order of +12 dB/K facilitates monitoring the satellite and reception of payload data. Station is configured with equipments to demodulate BPSK, QPSK, OQPSK and 8-PSK modulated signals up to 10 MBPS. With its 100 Watts SSPA in uplink providing EIRP up to 50 dBw, can send command data in FSK/FM modulation for controlling the satellite.

PES University Satellite Control Facility is open to all space enthusiasts to utilize the facility for tracking small satellites in LEO and carry out space experiments. The facility is also being configured in dual orthogonal circular polarization for receiving satellite signals in RHC and LHC polarizations to support various satellite missions. The facility, in due course of time, will be augmented to support other form of modulation schemes for controlling and monitoring different kind of satellites in LEO. After commissioning of the ground station we have carried out actual satellite tracking exercise to confirm satisfactory performance of the station set up.
We have successfully tracked Oceansat and Cartosat of ISRO. 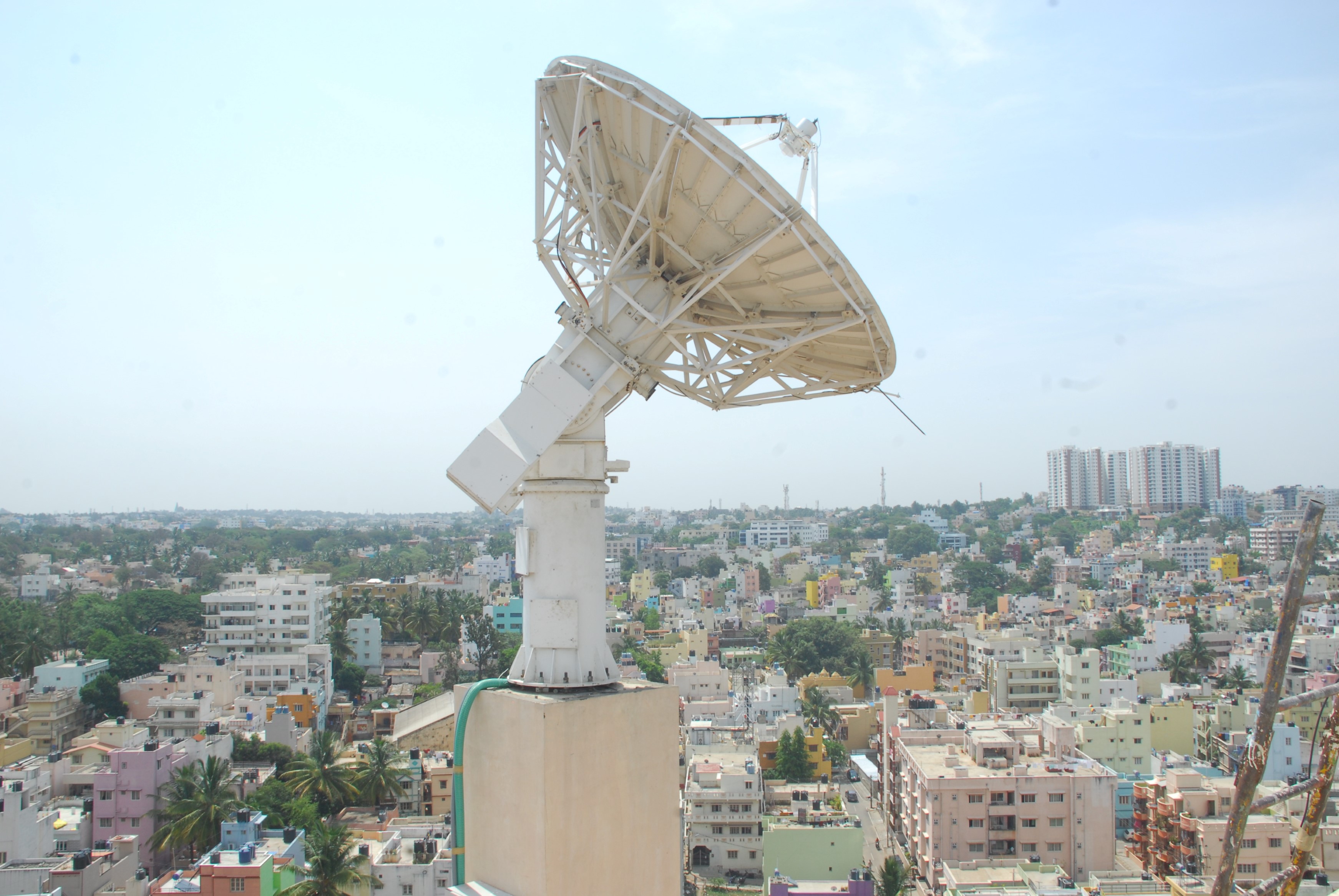